[People sometimes talk about their history in the SCA as their “Society Resume” so I thought it might be interesting to format Alienor’s accomplishments as if they were a traditional curriculum vitae — it does demonstrate that she’s been busy!

If you have questions about the work she’s done or her goals for the future, please drop by tomorrow’s “Meet the Viceregal Candidates Night” and ask! — Mathghamhain] 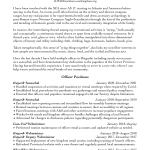 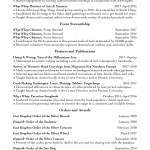 I have been involved with the SCA since AS 17, starting in Atlantia and Ansteorra before moving to the East. At events you’ll often find me on the archery and thrown weapons ranges, but my real passion is for experimental textile and dress accessory archaeology in post-Roman to pre-Norman-Conquest Anglo-Scandinavia through the lens of the production and mending of domestic goods vital to the survival and community integration of the family.

In essence, the interrelating thread among my recreational activities is “string,” both actually and conceptually: a continuous strand drawn or spun from available natural resources, be it thread, yarn, cord, glass or wire, which is then further manipulated into three-dimensional objects of beauty and utility including cloth, clothing, bags, harnesses, baskets, beads, pins.

Taken metaphorically, this sense of “tying things together” also links my non-fiber interests in how people are interconnected by music, dance, food, and the scribal and literary arts.

Over the last decade I have held multiple offices in Østgarðr, including nearly seven years as a seneschal, and have demonstrated my dedication to the populace of the Crown Province.

Having learned from this experience, I now stand ready to serve in a new role, where I can help weave and mend the social bonds of our community.

Doing It Wrong: Turn of the Millennium Arts 2017–Ongoing

Østgarðr Order of the Seahorse January 2020