[Having posted Piglet’s resume earlier, I figured I should follow suit and share my own. I’d be glad to discuss any of this experience during Sunday’s “Meet the Viceregal Candidates Night” discussion — I look forward to seeing you there!] 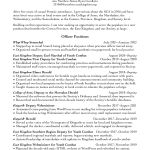 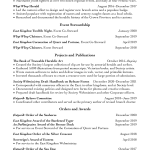 After five years of casual Pennsic attendance, I got serious about the SCA in 2016 and have since been very active at local events and in the College of Arms, the Marshalate, the Webministry, and the Seneschalate, at the Canton, Province, Kingdom, and Society level.

Building on that experience, I am now seeking an opportunity to serve the populace in a new position that benefits the Crown Province, the East Kingdom, and our Society at large.

College of Arms Deputy to the Morsulus Herald August 2018–Ongoing

Østgarðr Order of the Seahorse December 2020

An Dubhaigeainn Award of the Bronze Duck September 2019